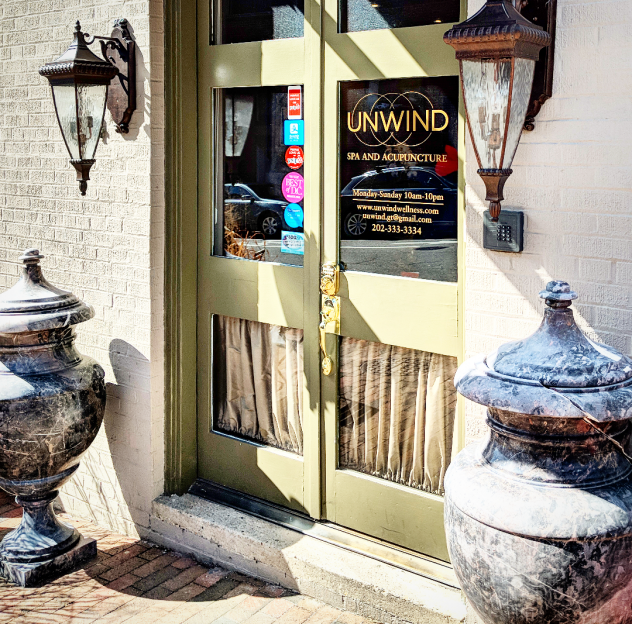 This is a weird period of time for me right now. I have two part-time jobs, yet I’m searching for stable, full-time work. I’m trying to visualize moving to California and envision all the aspects which that process involves. I’ve applied to so many jobs I’ve lost count, and I’m itching to start the next chapter of my life. So, what better way to deal with this than get a massage? Emily provided just what the doctor ordered: a sister day spent in Georgetown which entails massages at Unwind, ramen at OKI Ramen, and chatting over chai teas on the Georgetown waterfront.

This is what I had written a few weeks ago, right after my sister day with Emily. However, the job search began taking up a large portion of my time, so it sat as a sadly neglected draft. Each time I opened MyStyle and prepared to crank this baby out, I became distracted and couldn’t finish. Well, now’s your time sweet blog post. In this moment, I’m giving you the time and attention you’ve been craving.

So, as I mentioned, this day was a dream. I woke up and eagerly prepped for a relaxing half hour massage. Unfortunately, as usual, I wasn’t as punctual as I thought I would be. However, the staff at Unwind was extremely flexible and accommodating with juggling a spot for me. My masseuse was kind and invited me to request any changes without hesitation during the session. I also liked that she didn’t attempt to make small talk; not to sound rude, but in a spa setting I really don’t relish the thought of having to make polite conversation. I had the Unwind Signature Massage, described as a combination of Swedish, sports, and deep tissue massages. Immediately after my session, I felt sore…something I had never experienced after a massage before. I would’ve preferred it be a tad less deep tissue focused, but at the same time my muscles felt incredibly relaxed.

OKI Bowl
First of all, the decor — W O W! What a fun, quirky, eclectic space full of color and props. Even the bathroom was an explosion of vibrant decorations. It’s a small space, but a refreshing walk from the main Georgetown attractions.

We waffled between the chicken karaage and the steamed shrimp shumai. Ultimately, we wanted to try something different, and the picture of the shrimp shumai was too beautiful to ignore. I had never heard of shumai before; I learned it is a Chinese dumpling. My sister and I were so happy we went with this over the chicken – it was just as gorgeous as the photo and tasted better than I thought it would. The inside is soft, creamy, and everything I want in a dumpling. The shrimp isn’t overwhelming and each bite melts in your mouth. 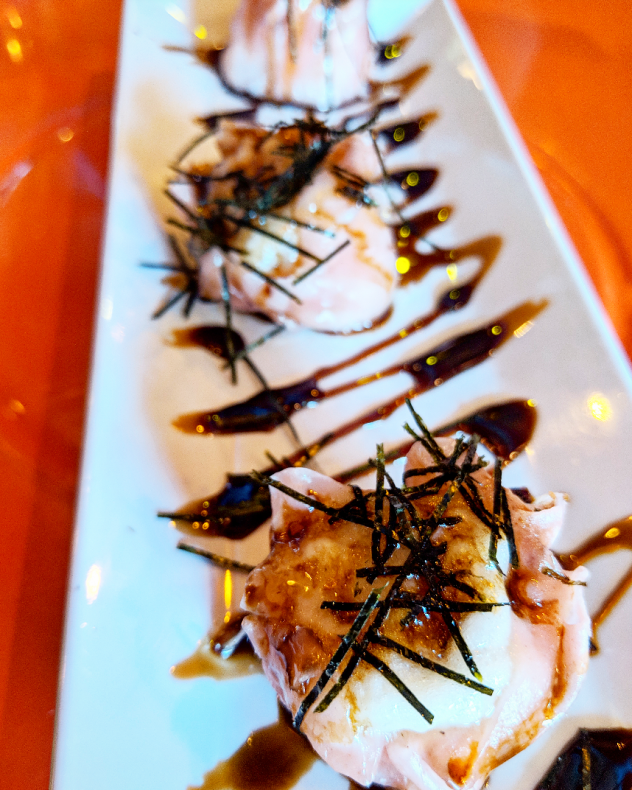 My sister had the TomYum which was red chili infused with lemongrass soup, bean sprouts, mushrooms, and lime juice with a giant prawn. Which is entirely fried, face and all! Warning, this is a dish with a kick, but the flavor is beautifully bold. The broth was a bit too fishy tasting for me, but if you thrive on fresh seafood flavor then by all means, order away. It really had layers of flavor which hit the tongue in waves. 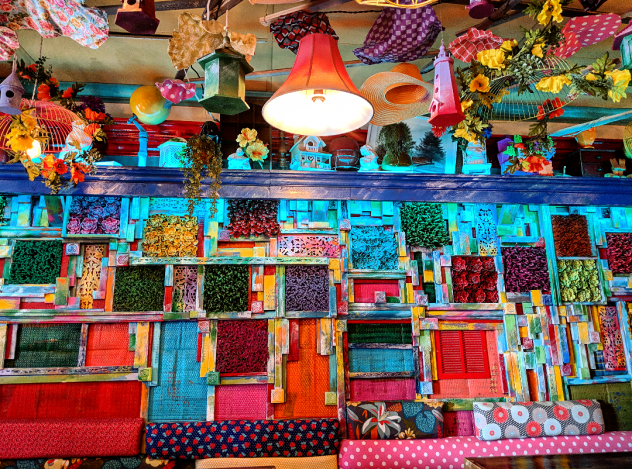 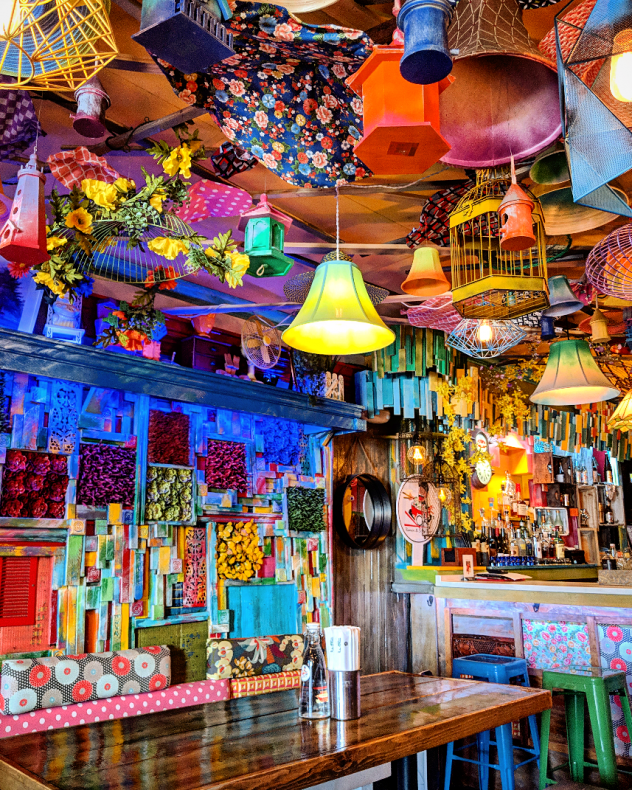 I ordered the Galanga Ramen and added the pork belly chashu (basically meaning braised). The vegetarian label steered me toward adding the pork; it had coconut milk steamed with galanga root (in the ginger family), tempura kale, and mixed mushrooms. Being a carnivore to the core, ordering the pork was definitely the right move. However, in all honesty I could also see myself having this dish without any meat. Trust me, that’s a big step for me!

All I have to say about my dish is, again, W O W! The broth was insanely delicious. The coconut milk, just sweet enough without becoming tiresome, highlighted the galanga root and mushrooms. The aroma of the broth makes your eyes roll back in your head and you’ll just want to wrap yourself in its flavor. The absolute star of the dish was the kale tempura. Holy cow! First of all, what a fantastic idea and second of all, it was my favorite part of the bowl. Hands down. When first served, it perfectly crunches then slowly sinks into the broth and absorbs every flavor. 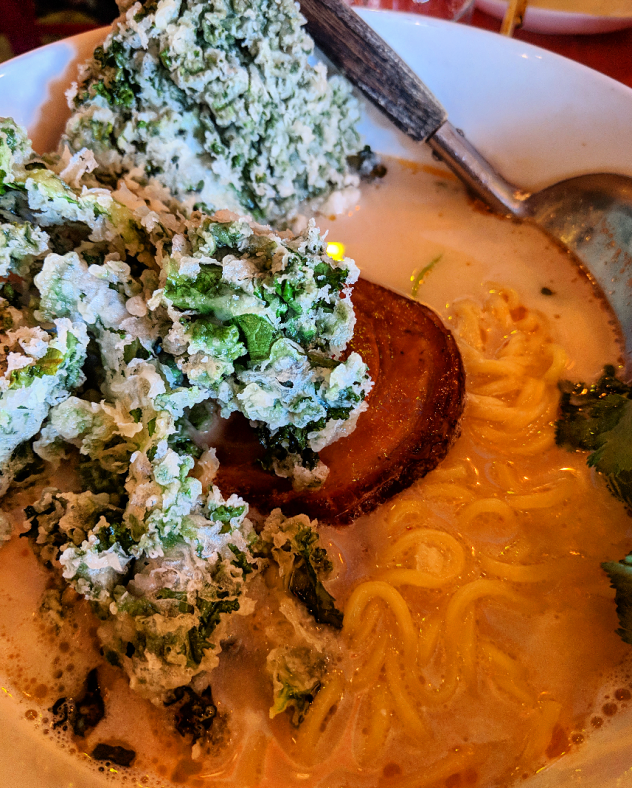 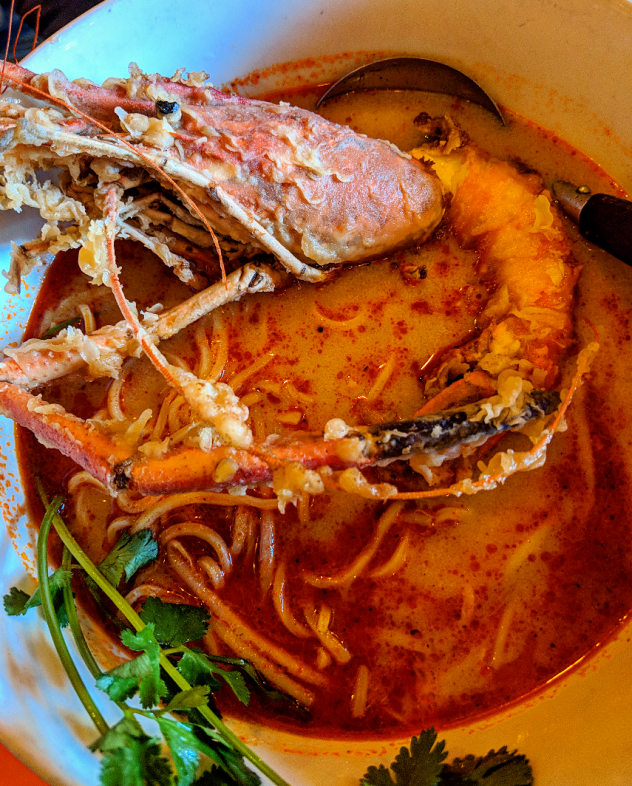 I’ll always accept ramen as a meal. Not ramen cups, but genuine, authentic noodle soup with a broth infused with bright flavors that simmered for hours. I think my mouth is watering right now. I want this bowl in front of me. Seriously. Ahhh.

Add OKI Bowl to your DC restaurant list. You won’t be disappointed, even if you just go to absorb the meticulously crafted interior decor, it’s worth your time.

Check out my Yelp reviews of OKI Bowl and Unwind